Originally released in 2000, Citadels pitted players against one another as they competed for the coveted title of Master Builder by using the local citizens to acquire gold and build districts to complete their city. A deluxe edition with new art and brand new content put the game into a much larger box. Now, this Citadels Revised Edition repackages the deluxe edition of the beloved game into a more streamlined and portable package. The box is small, and previous tarot-sized cards resized to standard to make this edition far easier to carry from place to place. Additionally, the punch-out pieces have been replaced with mini-cards, ensuring an easier, more efficient storage and setup. It’s not all cards though—the plastic gold pieces continue to shine in this edition, along with the 3D plastic crown to pass between players. All of these changes are reflected in an affordable price tag.

WITH THE SAME GREAT GAMEPLAY 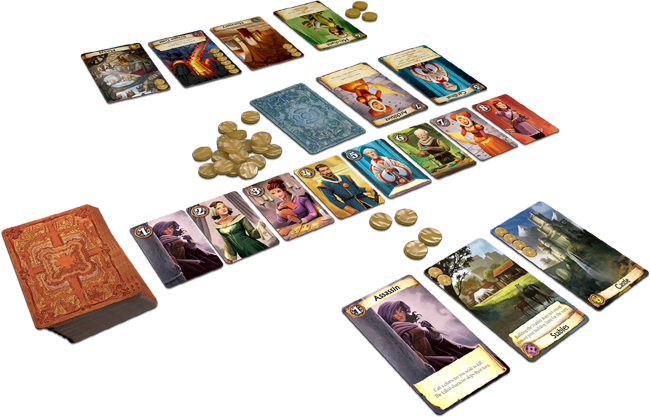 Though the packaging has been reworked, Citadels Revised Edition retains the strategic, cunning mechanics players love. Each round, players draft character cards that they feel will provide the desired special abilities to further develop their cities—or hinder their opponents' efforts. This is done in secret, allowing players to bluff and put their deduction skills to the test against their fellow players. Each of 27 unique characters carry different abilities, so strategies can vary. Some allow you to profit more depending on the districts your city has, while others allow you to sabotage your fellow players in many different ways.

Once characters are chosen for the round, players can build districts in their city by playing district cards, add to their gold supply for future city building by taking gold tokens from the bank, and use their character’s special ability to help further their agenda. Strategy on when to build your districts and what district type to build play a key role. The districts you build will greatly contribute to your standings at the end of the game, as the player with the best built city will be crowned the victor. Plot, scheme, and deceive your way to the top as you attempt to predict your opponents’ actions and foil their plans.