With one base SP card or insert per pack, the Upper Deck Marvel Studios First Ten Years checklist highlights MCU favorites. The main Marvel Universe cards showcase images from past films. In addition to 100 cards in the base set, there are 50 short prints, giving set builders more of a challenge. The SP cards average around six per box. 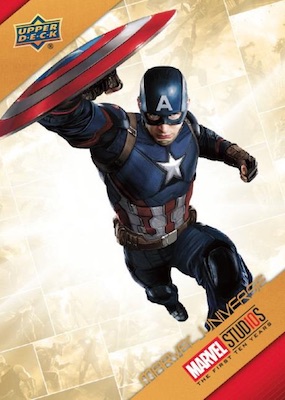 Filling out the insert lineup are several choices, including the Roman Numeral set that looks back over the 10-year period. These number-based cards average approximately four per box. 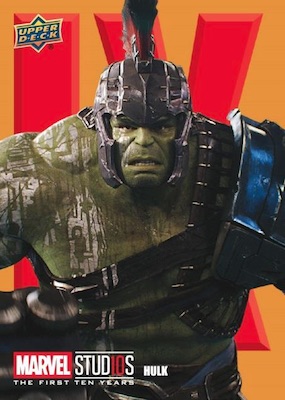 Another option is the manufactured Film Cels set that displays 35-mm images. These come one per box. Rare versions include Film Cels SP, Film Cels SSP, and Film Cels Auto Combo cards, which act as a box hit. 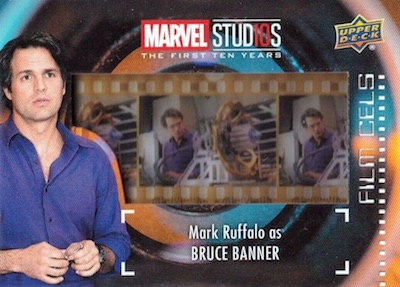 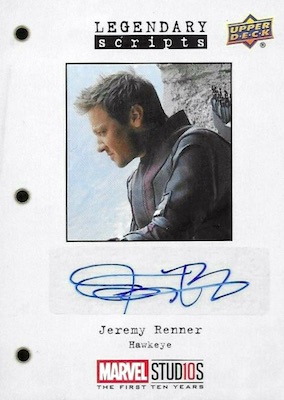